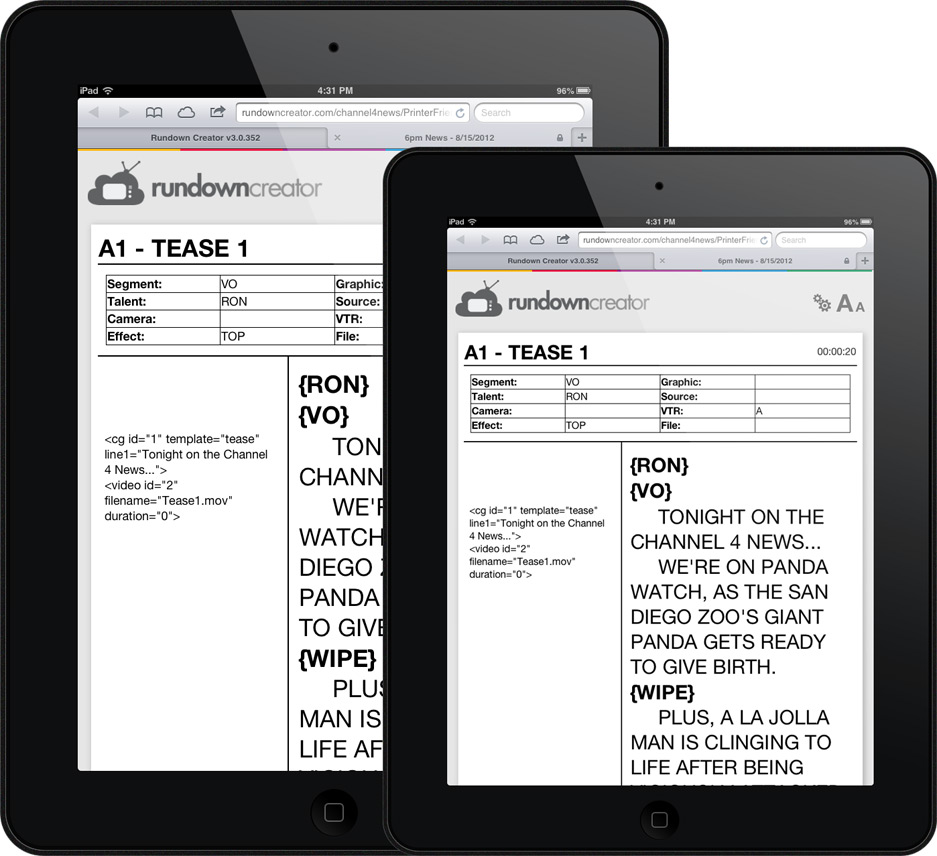 Rundown Creator's Tablet Script Viewer allows you to view your scripts on an iPad, iPad Mini, Android tablet, and other devices. Scripts update in real-time as changes are made, so you always have the latest version of your scripts at your fingertips.

1. Log in to Rundown Creator using the web browser on your tablet.

2. Load the rundown you want. 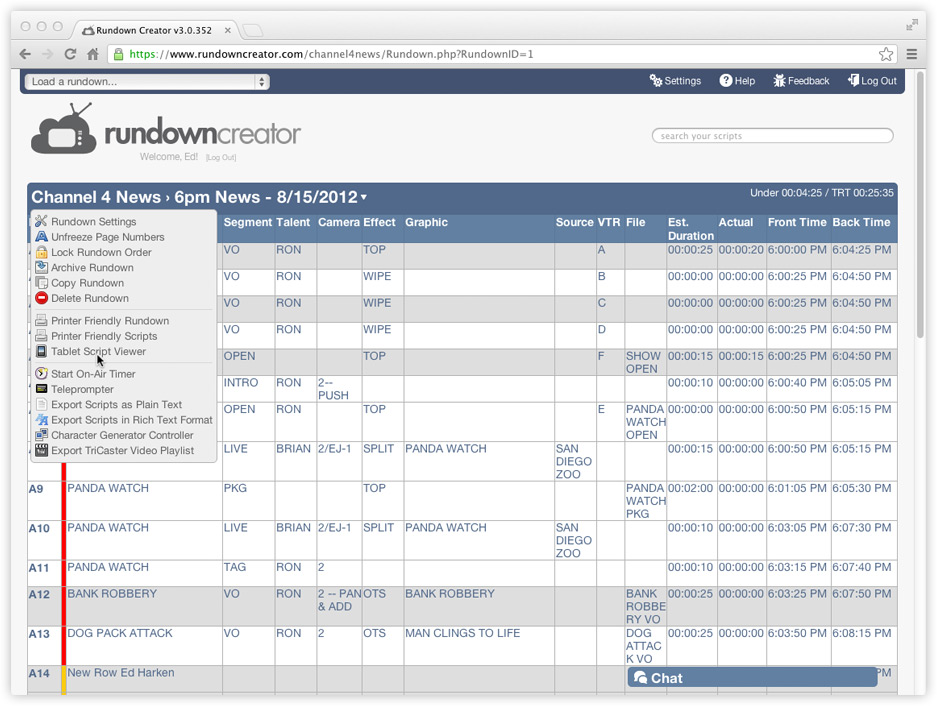